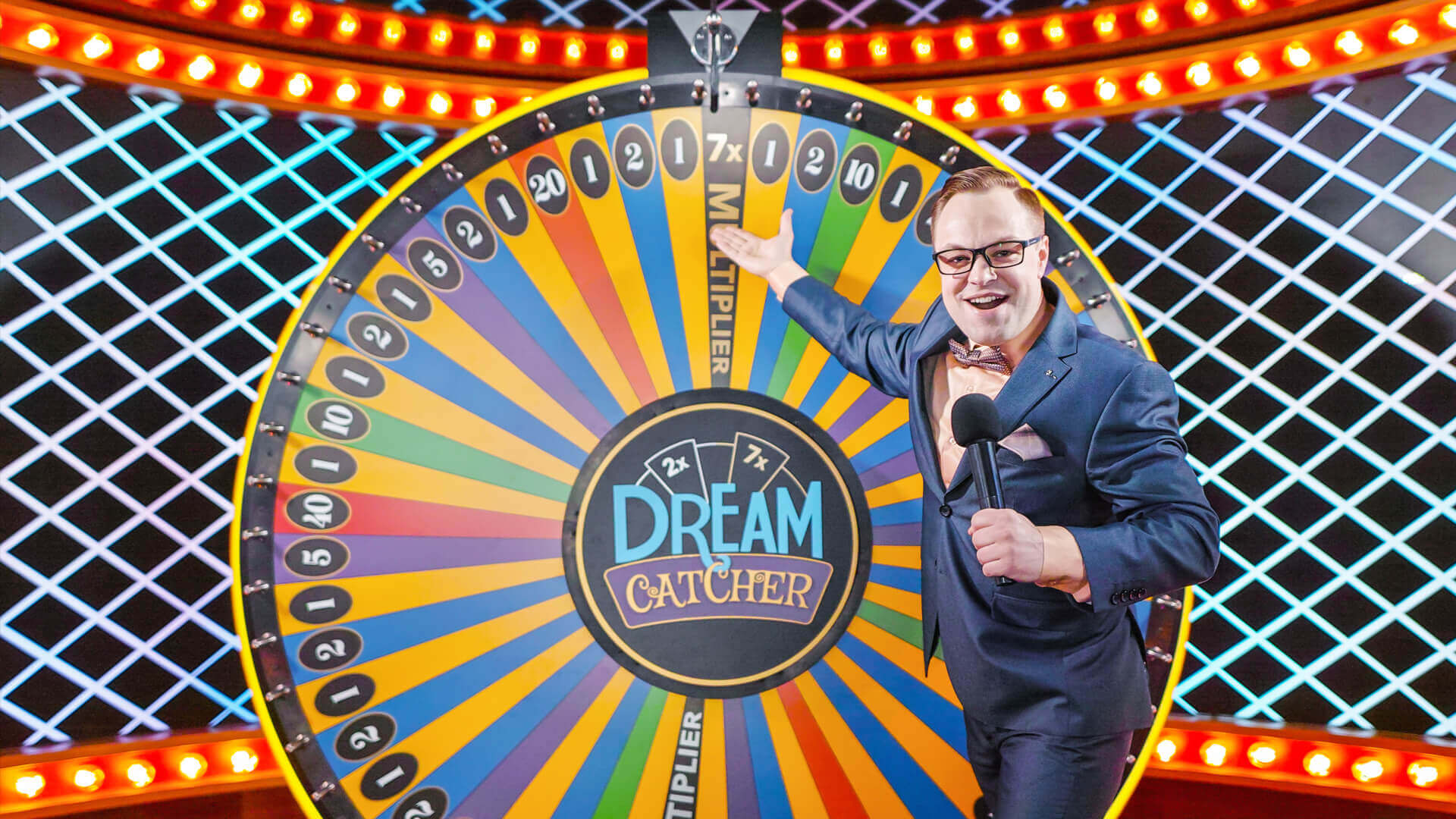 At the exhibition in London, which took place in early February, Evolution Gaming showed a number of its new projects (Monopoly Live and Deal Or No Deal). Recently, the famous LetsGiveItASpin Streamer published a video of his meeting with an Evolution representative at this exhibition. It explains what some of these new projects will represent.

It is a mixture of two games – the usual Dream Catcher and Monopoly. Initially, the game takes place on a normal wheel of fortune where, as in the original version, there are 54 cells with different prizes. Only this time there are cells with bonus games. If the wheel stops on them, the player gets into Monopoly. This is no longer a live game, but a virtual world.

In the bonus game, the character gets up on the normal Monopoly playing field. Hotels and other property are randomly placed in the sectors. There are also sectors with taxes, prison and re-throw. Real dice are then thrown in the real studio. This determines where the character moves.

A spokesperson for the developer said that the bonus game could go on forever with repeat chances. However, they had to put a limit on the amount of money they could win by half a million euros so that no one goes bankrupt. The name of the game is different: Monopoly Live or Dream Catcher 2. The game will appear at Evolution Gaming Casino on 11 April.

Deal Or No Deal

This is a famous game that offers many cases with different prizes. The presenter proposes that the player stops the game. The amount of the offer depends on how much the player can potentially win. Over time, the cases open and leave the game. And you need to be the last one to have a case with your number.

In its version, Evolution has made the game as close to the real show as possible. They will have a presenter, a special studio and a phone where the presenter will know the amount that the player will offer. A total of 16 cases are offered, and one of them offers the Mystery Prize, which is randomly determined and will be the biggest.

The player will know the amount of the Mystery Prize before playing with the presenter. It all starts with a wheel on which three discs spin and all of them must converge in a specific sector. Then the player qualifies for the game, and the wheel of fortune appears. The player receives several spins, and all the winnings from the wheel are added to the sum of the Mystery Prize. This money can then be put into any of the cases (number 1, 2, etc.).

When there are two cases left, the player can swap one case for another, depending on the amount that is there. New draws take place every two and a half minutes. And while the player waits, he sees the current game in the background. Deal Or No Deal will be launched on 16 May.

We know that there are casinos and there are companies that produce games for them.…